Business Etiquette in the Philippines

Whether they are considered Asian or Pacific Islanders, Filipinos are a casual, fun-loving, sensitive and hospitable people. When Americans first arrived there over a century ago, they termed the thousands of islands in their archipelago as the “orphans of the Pacific.”

The Philippine society evolved differently than their nearby Asian neighbors as they are predominantly Christians rather than the primarily Buddhist residents to the North. Although most Filipinos may consider themselves to be Asians, most of them feel a closer connection to the West, especially the United States.

As with many cultures, it is important to embrace their heritage and refrain from anything that they may find unpleasant or offensive. Being a popular tourist attraction for many decades, these kindly folks are already accustomed to many visitors, but a business relationship is very different that of a travelling sightseer. 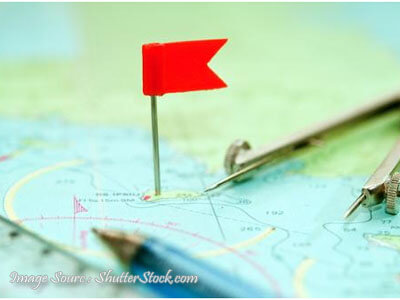 The Meet and Greet

Similar to their neighboring countries, the Philippines are a society firmly based around core family values. Extended family is closely looked after and often important family friends are considered as part of this intimate group.

An important consideration when meeting a group of Filipinos as that you address the eldest or most senior member first. Unless you are invited to do so, you should not address someone by their first name, but rather by their title (Doctor, Mister or Misses) followed by their surname. As it is customary in the West, a handshake and smile are considered the most common form of greeting an individual.

Although the early bird catches the worm, life in the Philippines is very casual and laid back. Not that you shouldn’t arrival promptly, just don’t expect things to move along very quickly. In this casual atmosphere, your meeting may start late but you are still expected to be on time.

Business negotiations are often described as moving at a snail’s pace, but don’t allow your meeting to run too long, Filipinos love to eat and their enthusiasm wanes when they are hungry. This is why many of these discussions take place during a meal.

Filipinos take pride in their appearance, so you should dress well for dinner or for any other type of meeting. As always, you should arrive promptly or even a little bit early for your scheduled event.

If you are fortunate enough to be invited to someone’s home, it is customary to bring the host a small gift, which brings us to a huge taboo in their culture. Do not refer to the lady of the house as your hostess because that term in their native tongue means prostitute. Not a good way to begin a meeting, dinner or any kind of relationship for that matter.

No, No, No and For Shame

Filipinos have difficulty with the word “no” for some reason, both saying it and hearing that word spoken to them. When faced with a disagreement, you may get an ambiguous or indirect response rather than a flat out rejection. They are not trying to be dishonest but rather avoid confrontation.

As with most Asian cultures, principles such as honor, are highly regarded and bringing one shame is considered a huge slap in the face. Public displays of criticism, raising your voice and being overly emotional and any other types of these behaviors are all considered to be shameful.

While these are merely a handful of tips and a quick overview of their culture, you would do best to research the many aspects of your new foreign friends and business associates. Just as I was raised to say please and thank you, proper etiquette should always be displayed and highly regarded.

This post is contibuted by Megan Ritter, an online journalist who loves sharing her passion for startups as well as small businesses with her readers.

Previous: Starting a Food Business Guide
Next: Who Wants to be a Millionaire Fool?